We would like to offer our sincere support to anyone coping with grief. Enter your email below for our complimentary daily grief messages. Messages run for up to one year and you can stop at any time. Your email will not be used for any other purpose.

Share a memory
Obituary & Services
Tribute Wall
Donations
Read more about the life story of Michael and share your memory.

Michael Gibson, age 70, of West Carrollton, died on Sunday,  November 13, 2022, surrounded by his loving family at Ohio’s Hospice of Dayton following a battle with lung cancer. He was born in Cleveland, Ohio, to Edward & Jean (nee King) Gibson on November 5, 1952.  He graduated from the University of Akron with a Master of Arts Degree after completing his thesis on The Practical Approach to Dance Lighting.  Michael was proudly employed as a theatrical stagehand for over 50 years with Actor’s Equity, IATSE Local 48, and for the past 35 years with Dayton’s IATSE Local 66.

Michael’s repertoire was extensive and spanned decades. He was an accomplished production manager, technical director, stagehand, and lighting designer. Credits include his work with Kenley Players producing over thirty musical productions from 1979-1984, as well as, Spoleto USA, Virginia Opera, Connecticut Opera, Michigan Opera, Washington Opera, and The Kennedy Center Opera House in Washington D.C.  It was at Cherry County Playhouse in Muskegon, Michigan where he met his wife Angela in 1992.  As the Production Manager for the Dayton Ballet, he consulted with the architects and engineers for the $18M renovation of the Victory Theatre and subsequently managed the newly renovated Victoria Theatre from 1983-1989. He was a skillfully talented lighting designer for the late Stuart Sebastian's Swan Lake and The Night Before Christmas. He created lighting designs for more than 50 ballets produced by Dayton Ballet, and for the University of Akron, Kenley Players, Dayton Playhouse, Dayton Opera, and the Victoria Theatre throughout the years. His lighting design renderings for Dayton Ballet are housed at the Wright State University Archives. His experience encompassed productions ranging from grand operas and Broadway musicals to modern Dance and rock shows across the country and the world. Until he couldn’t, Michael was working with the brotherhood of Dayton’s IATSE Local 66.

No obituary can do justice to Michael.  He was an incredibly special man of a very rare breed. We will miss him more than words can say. Per Michael’s explicit wishes no funeral or remembrance service will be held.

Please share memories and condolences at www.swartfuneralhome.com. Expressions of Sympathy, Love, and Thinking of You cards may be sent to The Family of Mr. Michael Gibson, C/O Swart Funeral Home, 207 E. Central Ave., West Carrollton, Ohio 45449.

To send flowers to the family or plant a tree in memory of Michael D. Gibson, please visit our floral store. 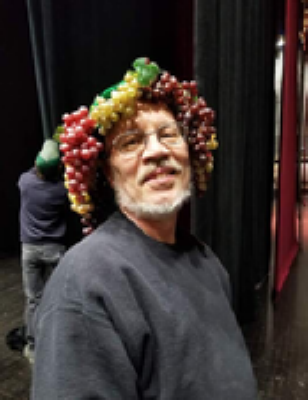 Look inside to read what others have shared


Family and friends are coming together online to create a special keepsake. Every memory left on the online obituary will be automatically included in the book.

You can still show your support by sending flowers directly to the family, or by planting a memorial tree in the memory of Michael D. Gibson
SHARE OBITUARY
© 2022 Swart Funeral Home. All Rights Reserved. Funeral Home website by CFS & TA | Terms of Use | Privacy Policy | Accessibility